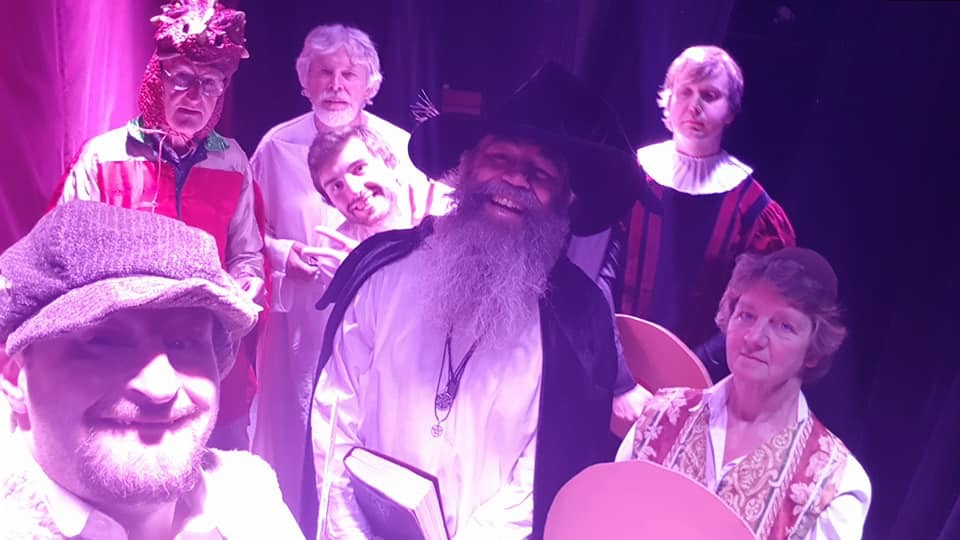 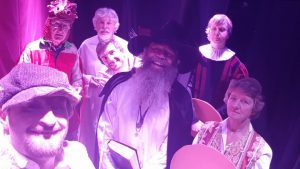 Members of Agan Tavas recently performed a play within a play from Bewnans Meryasek, (The Life of Meriasek). This was the part about Pope Sylvester driving away a dragon which was terrorising the population around Rome. The performance took place in The St Ives Arts Club as part of the St Ives Literary Festival.  The performance and explanation about the Cornish language miracle plays was well received by the audience.

Parts in order of appearance were played as follows: