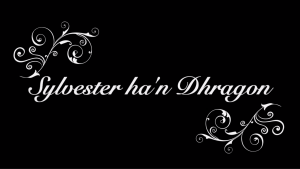 After the 1497 uprising, Bewnans Meriasek was written around AD1500 and no doubt performed around then and it is evidence of Cornish resentment towards the Tudor government. Bewnans Meriasek has been seen as “very much a standard late medieval vita”, although “written in the Cornish language and focused upon the district of Camborne, celebrating a saint with a cult in both Cornwall and Brittany”. In the aftermath of AD1497, “the play may have reflected the mood of Cornish discontent, its performance giving expression to a continuing unrest” simply by equating the villainous King Teudar of the play with the King Henry Tudor then on the throne of the country next door.
Here is an extract from that play, called “Sylvester ha’n dhragon”:

You can buy the whole book from the Agan Tavas shop.